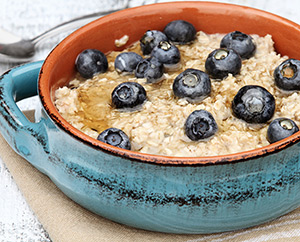 Resveratrol is found in a number of healthy foods, which may also be high in fiber, essential fatty acids, and other antioxidants

The study, published in the Journal of Gerontology, included ten people over 65 whose fasting and after-meal blood sugar levels were higher than normal, but not high enough to be diagnosed with diabetes. They took 1 gram, 1.5 grams, or 2 grams of resveratrol per day for four weeks, while maintaining their usual diet and activity level. The study is considered preliminary because there was no placebo group.

At the end of the study, fasting blood sugar levels remained unchanged, but several other signs of improvement were noted:

“Together, these results suggest that resveratrol shows promise as a new therapeutic strategy for an important and highly-prevalent metabolic disorder,” the study’s authors said. “This study provides the first evidence in humans that resveratrol may possess clinically relevant effects on glucose metabolism and vascular function.”

The researchers pointed out that their findings must be considered preliminary and need to be confirmed in placebo-controlled studies. They also noted that the study was too small to say whether there were different effects due to the different amounts of resveratrol used.

Resveratrol is found in a number of healthy foods, which may also be high in fiber, essential fatty acids, and other antioxidants that contribute to better insulin sensitivity, blood sugar maintenance, and vascular health. Here are some things to consider if you want to increase your resveratrol intake: